I’ve been getting info/thought/channeling about the little things lately.  You know, those funny smallest things humans can measure…quarks.

I’m not trained whatsoever in theoretical physics, but I have a healthy curiosity about how things work.  I’ve been entertained by the likes of Neil deGrasse Tyson on the physical realm of things and many others on the theoretical spiritual side of things about thought energy and notions like the Akashic Field.

Everybody seems to be coming together over what “our” world looks like and what it’s made up of…energy.  And to break it down to the “building blocks” or principles of it all “quarks“.  Maybe even more basic than that??

I’ve been noticing our common connection in this world (and the world “we” can see) is that every piece of energy we can witness is programmed (or compelled to) ascension.  Whether it be a plant, baby horse, religion, job skills, whatever, we are urged to “ascend”.  To move to a higher level or to expand.  Whether in this life or planning for your next (only?) afterlife.  We strive.  We go upwards.

We have a thing we’ve defined and discovered called gravity.  We resist it.  We move in opposition of it to grow, learn, struggle.  Why? 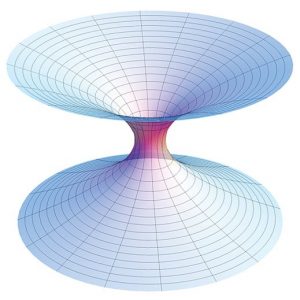 The stream of consciousness came during a restorative yoga.  I tried to break down the concept of why gravity is what it is.  What causes it?  I got down to the smallest thing of the quark.  Does gravity affect quarks or do quarks “make” gravity?  In this article (which I don’t claim accuracy, it’s still a stream of thought) about Quarks, Wormholes and Gravity it speaks of possible connections of Quantum Entanglement and gravity.

Quantum Entanglement speaks of a quark having an equal and perhaps opposite quark existing.  When one moves, the other moves as well, as my basic understanding in the opposite.

Some of us think (some know) that there is this spiritual energy “out there”.  A higher power, a higher self, God, the Universe, and many other names.  Synchronicity happens, some see ghosts, some see angels, mysterious things that can’t be explained by our understandings happen, and those “damned facts“.

This energy I’m believing are either quarks themselves or a mixture of quarks moving in concert with us and the things around us.  I’m picturing us as being this manifestation of these uncountable and perhaps infinite amount of quarks focusing their collective energy in the field about/around us to combine in us a physical form that we know.  And that this “world” we live in has been formed in this way to help “teach” us to ascend.  We’re supposed to experience gravity by the focused efforts of the universe to nudge us to grow or create or generate that which opposes gravity.

I had this picture of all these opposite quarks forming me in an alternate universe when it hit me that all my little quarks didn’t have to be in one place in that “other universe”.  I don’t have this body “out there”.  They could be spread out all over the place!  But they all must be able to communicate in unison for me to exist in this form.  This would begin to explain many of the unexplained phenomena when we “can’t believe our eyes”.  Maybe the person/human/whatever here can work together with their alternate quarks to change reality as we know it?

Can this concept help us understand the fabric of the universe as we think we know it?  Can we find the other quarks?  Why is the Gravitational Force  the weakest of the Four Forces?  Can this help explain where the opposite of gravity is located and why?  Can we use this to explain why there is a specific distance from all quarks where the gravitational force stops having an effect?

Remember I have no theoretical physics or spiritual training other than experience and “connecting the dots” sort of curiosity research.  I came across John Hagelin, Ph.D some time ago while watching “What the Bleep Do We Know” and more recently with his talk about the Unified Field and Consciousness.  Blown away at the graphic during this talk that has gravity as the force that separates the unseen and the seen.  If you’d like to continue following my journey (thoughts) on this topic, add this talk to your list.